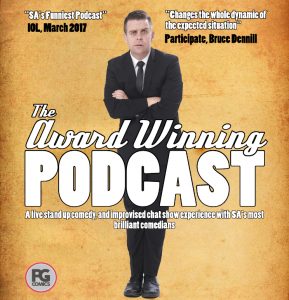 In the 90s and early 2000s you couldn’t move without seeing the name Casper De Vries. He was a mainstream comedy legend, while also somehow maintaining his anarchic sensibilities, and off-the-wall persona. It’s safe to say Casper helped found the alternative comedy scene in SA, and, even today this Lifetime Achiever recipient at the Comic’s Choice Awards continues to inspire. As a podcast host himself on Cliffcentral, Casper is a breath of fresh air as he goes into depth about his career, that movie with Leon Schuster and a whole lot more. Unmissable.