I don’t do anything these days without consulting the internet. I no longer prepare grocery lists, but instead look up recipes online then wander the aisles of my supermarket tracking down what they tell me to buy. Buying a toaster has become a three-day exercise in checking reviews vs prices to get the best deal, and I won’t spend an hour streaming a random film in case it’s bad choosing instead to spend an hour online reading movie reviews. It’s making life untenable. Perhaps the most confusing place for this is parenting.

Every week someone somewhere is releasing a new study that seems to completely refute the study released last week, and I read them all. One minute you need to allow your toddler to make mistakes, the next actively engage in correcting them. One week it’s encouraged to keep them constantly engaged, the next you need to give them time to themselves, then engagement is necessary, as long as you are engaged with them. I am told that being overly relaxed as a parent can lead to my son lacking focus, and being incapable of finding the drive to succeed in life (see Mom & Dad I knew this was all your fault), while being overly restrictive can lead to him being unable to make decisions, and incapable of dealing with difficulties. Presumably being somewhere in the middle creates a blend of these two kinds of dysfunctions? It seems no matter how you choose to raise your child, the end result is always going to be an adult whose sense of depression, bewilderment and isolation has left them barely capable of functioning day-to-day.

Causing me particular aggravation is that kind of click bait particular to new parents, the “Watch out your child could die if” news story. Articles titled, “Ten things you should never do with your kids” always get me clicking, and include things like, “let them go online”, or “Let them play on the swings”, but never include the phrases, “Imprison them in a basement” or “Sacrifice them to a dark lord”. Those tips seem obvious candidates for me, particularly given that the articles are written in an era where fake medical professionals tell you not to vaccinate your child, and people not only do that but then also argue with others in their office about it.

“Maureen the article said we weren’t to let Koosie play on the swings, it said absolutely nothing about slathering him in bloody meat and chucking him in a shark tank!”

What recent studies do seem to unanimously agree on, however, is that people who have children are generally happier than those who don’t. Meaning the only way we will ever be able to overcome the general sense of confusion, sadness, and malaise that our parents forced on us through their own parenting choices is to have children of our own and do the same to them. 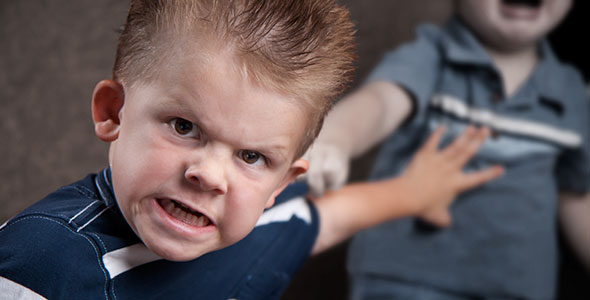 There is a new saying, that one should never judge another parent. The idea is that anyone with a small child, no matter how attentive, is likely to experience melt downs and moments of almost monumental shame for no reason while raising their young one. I say this is bullshit. Judge away. If my child is lying on the floor of a store thrashing his legs and arms, you would be only be right to judge me. If I don’t hear hear you whisper about what a bad parent I am, then at the very least I know you and I have nothing in common, cause that’s what I would be doing.

Probably the worst side-effect of being a parent is that one is forced into contact with other people’s children. My toddler and I like to go down to the park – he to run and climb, and me to be told to run and climb by him, like I am on boot camp and the drill sergeant calls me “daddy”.  Having a job done in odd hours, I often get to take him on week days when the park is silent, but when it isn’t I find we are often confronted with the worst specimens of childlike humanity. And on those days judgement comes in handy.

The other day a boy, who I was assured was five, but who looked as if his beard was coming through,  backed my son into a corner on a jungle gym to tell him a story. The tale went as follows, “And then the people died, and do you know what happened next?” he said. My kid, being 20 months old, polite, and having never heard a story of this kind before dutifully answered, “no” thereby encouraging young Shakespeare to continue.

“Blood came pouring out of their heads and they turned into bats, and do you know what happened next?” he asked, the gripping cliffhanger dangling in the air.

“No,” my son said again, not yet having learnt from his previous error. “They were made into stone, before exploding, and guts went everywhere. Do you know what happened next?” the elocutionist enquired, while I stood starring at him like shit smeared on a new rug.

At this stage the child’s mother must have finally noticed what was going on as she bustled over and told her young thought-leader that he probably shouldn’t be terrifying the baby. He drooled on his chin, screamed something nonsensical and dived head first down the slide. My son turned to me, shrugged and demanded I run to the swings.

I judged that mother that day. Her inattentiveness lead to a really awkward situation. What was I supposed to do? Remind her son he was speaking to a baby? Shout at him? Wade in and toe punt the hobbit over a swing set? Socially we are not allowed to do those things anymore, and so I judge. Giving some sense of shame to the parent is our last defence in the face of a badly behaved child, and if this bothers you, if you are worried that one day it could be you on the end of my glowering silence remember, “you will never experience a public tantrum if you just keep them locked in a cupboard at home.” 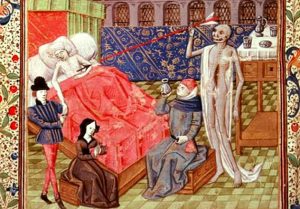 At 37 I would most likely have been dead had I been born in the Middle Ages. At the very least my teeth would have rotted out, and I would have been immobile, smelling quite bad under a fur rug in a dark hovel I still shared with my wife, nine children, their children, eight dogs (all unfathomably called Lucy) and a sack of last autumn’s wheat. These days that was just the age at which I had my first child. I am told 37 is not unaccountably ancient to be spawning, but I am still sure that this relatively late age will either keep me young or make me very old, incredibly fast.

As a result I am now more aware of my health than at any point before. If my child is as tardy as I have been, I will have to make it to 74 just to see my grandson, and a near impossible 148 if I want to drool in the face of my great-great-grandson. Despite this, finding the inspiration to drop a few kilograms has been hard. Seventy-four seems so far away, and no one is saying I am not going to make it there if, instead of exercising, I sit on the couch and eat a loaf of bread in the dark.

There is one thing that could help though. When my son was born we put up a photo of him fresh from the womb, and probably feeling more than a little put out, onto Facebook where we told the world the date of his birth, his length and crucially his weight. Every year we celebrate the increasing years, and grandma’s doorway will eventually attest to his increasing height, but nowhere do we record ongoing weight for posterity. Why bother writing down the weight in the first place, if you have zero intention of mapping just how fat a person was each year, and most importantly at the moment of death?

As someone whose deeds are highly unlikely to go down in history, a gravestone that captured beginning and end weight would possibly provide the inspiration I need to let myself go a little less. Either that or give a hint as to why I died so young. And as with babies, relatives could gather around your freshly deceased, and naked corpse to capture pictures, gather likes on Facebook, and compare the state of you, with the ruin your other relatives made of themselves in life. Maybe if we did this it would galvanise us into looking after ourselves a little better, but more likely it would only make the indignity of a smelly, immobile death under a rug, in a dark hovel seem appealing. At least you could eat bread under there.