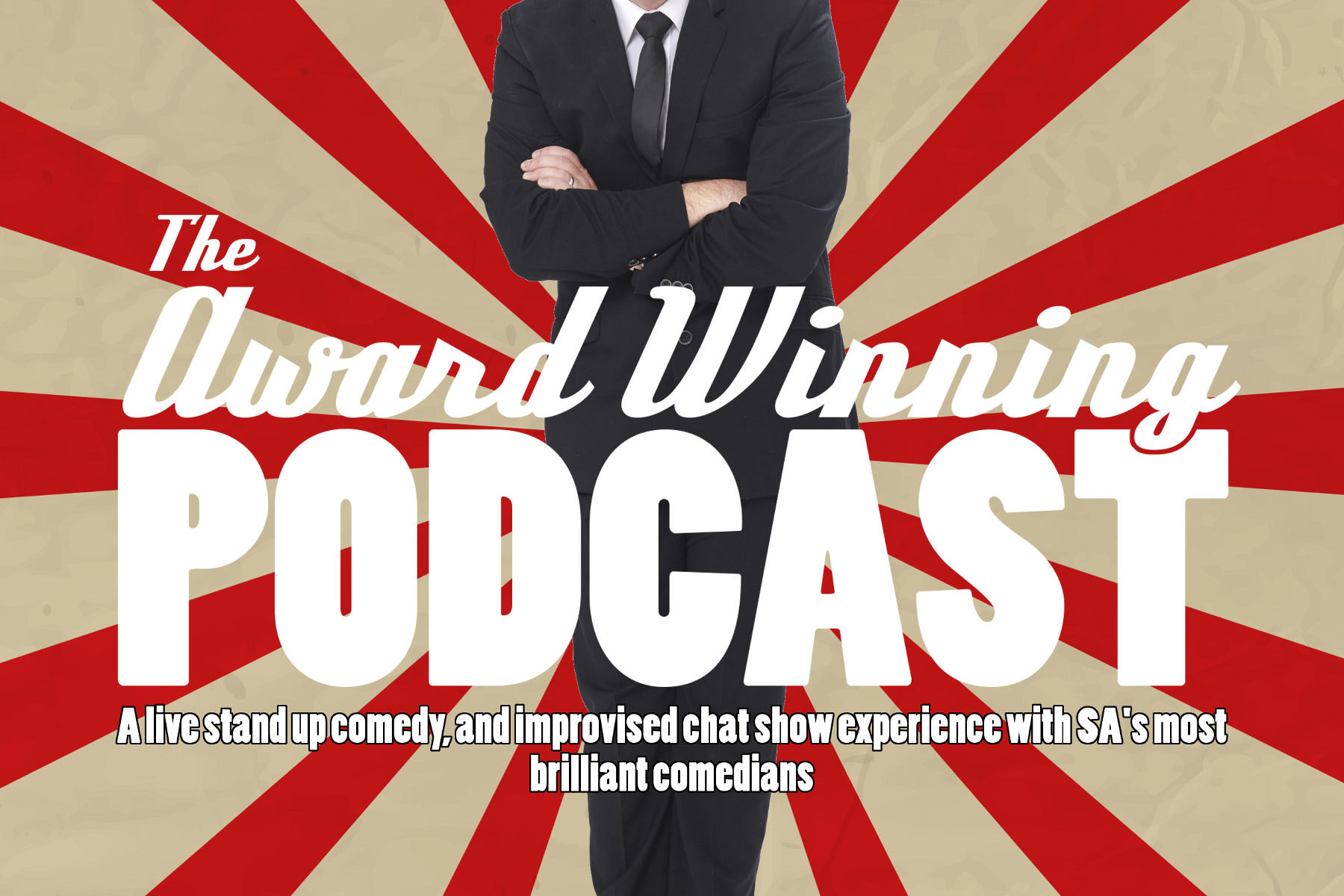 2016’s Comic’s Choice Award Winner for Comedian of the Year Tumi Morake explains why everyone thinks she is so lovely, talks about her family and goes backstage with the secret funny behind the scenes stories of her biggest TV shows. Warren is just grateful she found the time.

Comic hermit Eugene Khoza comes down from his lightening shrouded castle on the hill to talk to Warren Robertson about that time he cancelled a gig half way through, his preference for working alone, and why men must take better care of their foreskins.

Podcaster and comedian Simmi Areff chats to Warren about being hated, annoying conservatives, and the problems with SA comedy, while also making us laugh.  Warren Robertson despairs at the state of his life and hopes he doesn’t get sued.

Hilarious comedian Chris Forrest chats to Warren about the night he commentated a backstage brawl at a gig, the time he died on stage in London, and that incident with the prostitute in his room in Cape Town. Between that he is very funny about a lot of other stuff, while Warren drinks beer, and tries to get out of the way.

Comedy writer, director and stand up Gilli Apter tells us all about her golden horn, the world’s worst super power and the time she got a comedian to perform naked at the underground. Warren Robertson lets this happen.

Comedian Jason Goliath is on top form as he motivates while also talking about his life working as an announcer at Makro, his worst gigs, and Jan Van Riebeek’s biggest crime.

Director, producer, comedian and writer Kagiso Lediga opens up about what goes on behind the glamorous scenes of the Cannes Film Festival, his love of slapping asses and that embrassing time he met Jay Kay from Jamiroqui.

Growing up in the small town of Hankey in the Eastern Cape meant comedian Alfred Adriaan’s parents had certain expectations of him – all of which he disappointed. He talks about life since that moment, and how he has finally managed to make a fan of his dad, as well as whether he has done a murder.